My kids will never be Girl Scouts.

Not that I have anything against Girl Scouts – in fact, I was once a Girl Scout myself – but because when you have three sons, you realize that some things from your childhood, like Girl Scouts and “Little House on the Prairie” marathons, may not be a part of your adult childhood. (By “adult childhood,” I mean non-adult activities that you really want to do even as an adult and get a free pass at again when you have kids. Like my husband buying video games “for the kids.”)

Fortunately Girl Scouts cookies are available even to families without daughters so we were able to get our Girl Scout cookie fix this year. The first box was at my oldest son’s school during an evening event. The Thin Mints were already gone so we bought a box of the lemon powdered sweetness of Savannah Smiles. Then last weekend we were at another son’s soccer game and a wagon filled with Girl Scout cookie boxes rolled up behind our fold-up chairs. There were Thin Mints so had to get a box of those and another parent mentioned afterward how good the S’mores were. So when a friend approached me with her daughter’s cookies, which included S’mores, I had to try a box of those, too. 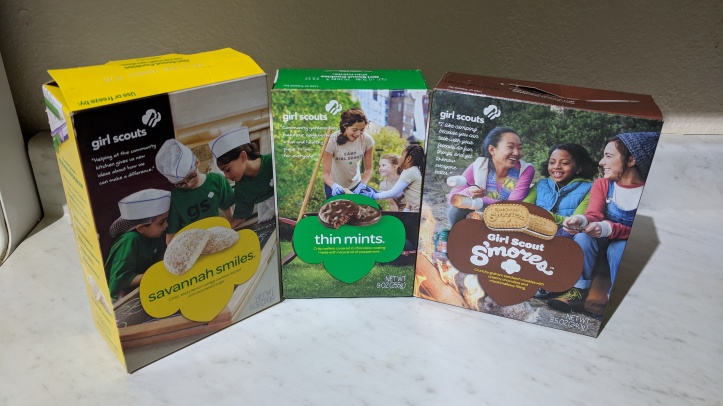 So despite the lack of pink toys in our home, we were able to experience Girl Scout Cookie Season, which in Phoenix will continue until March 4.

I don’t know if this is the case in other cities, but Girl Scout Cookie Season is big here in Phoenix. Each year restaurants compete in the Girl Scout Cookie Dessert Challenge, in which local restaurants create desserts using Girl Scout cookies and whoever sells the most desserts wins. Entries include  Thin Mint Crazy Milkshake Food Coma Ride, Savannah Smiles Vanilla and Lemon Raspberry Tart and S’mores Fudge Pop.  The money raised through this challenge goes back to the local Girl Scouts. You can even try making some Girl Scout recipes at home.

All three boxes of Girl Scout cookies are already empty so we marked a different holiday: National Croissant Day. 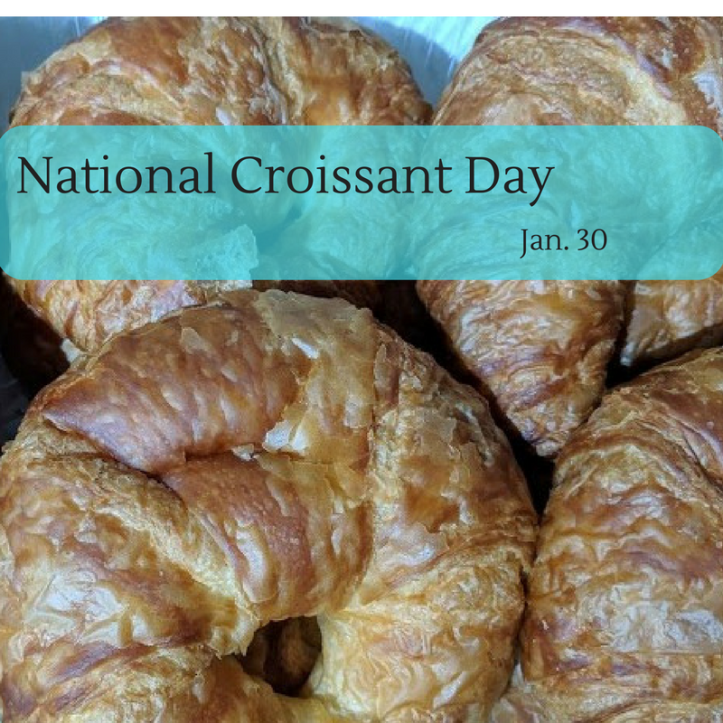 For more information (with affiliate links):